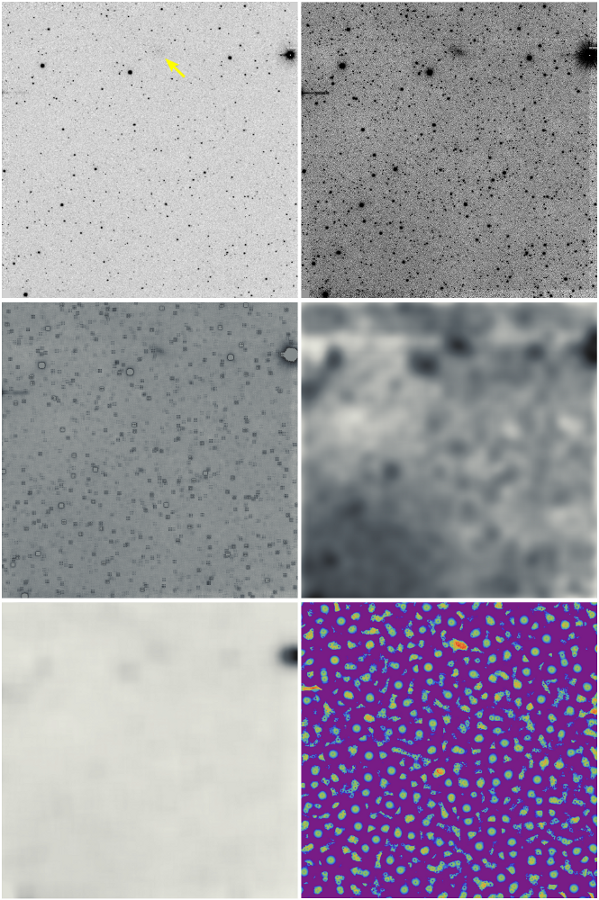 Since decades the enigma of dark matter (DM) is the paramount problem of extragalactic astronomy. Dwarf galaxies have turned out to be ideal testbeds for DM astrophysics, providing evidence for its existence and constraints on its spatial distribution and possible nature.

In this project we are carrying out a search for very faint, hitherto undetected dwarf galaxy members of the southern groups of galaxies in Sculptor and Centaurus. The search, done in collaboration with Dr. Helmut Jerjen of the Australian National University, is based on dedicated observations with the wide-field CCD camera of the SkyMapper telescope in Siding Spring, Australia.

A sky area of totally 750 square degrees covering essential parts of the two groups is being imaged down to significantly fainter magnitudes than previously reached by photographic surveys. Drawing on direct inspection of the deep CCD frames, backed by the application of special filtering techniques which are currently being developed, we expect to detect around 10-20 new low-surface brightness dwarf member candidates in each group. Multicolor surface photometry and profile modelling for the new, as well as the previously known dwarf members will yield a complete set of structural parameters for the galaxies. The SkyMapper data will be supplemented by data from the DECam(Dark Energy Camera) at Cerro Tololo Observatory in Chile.

The main scientific questions addressed are the following: We will trace the luminosity function of galaxies to very faint magnitudes and use its faint end to put constraints on the processes of baryon settlement in DM minihalos. We will search for anisotropies in the (projected) spatial distribution of the new and old dwarfs in the groups; such anisotropies are known to exist in the dwarf satellite members of the Local Group, constituting a major challenge to the standard ΛCDM scenario of structure formation. Last but not least, the newly discovered dwarfs will also provide important targets for follow-up studies.