Welcome to Astronomy in Basel 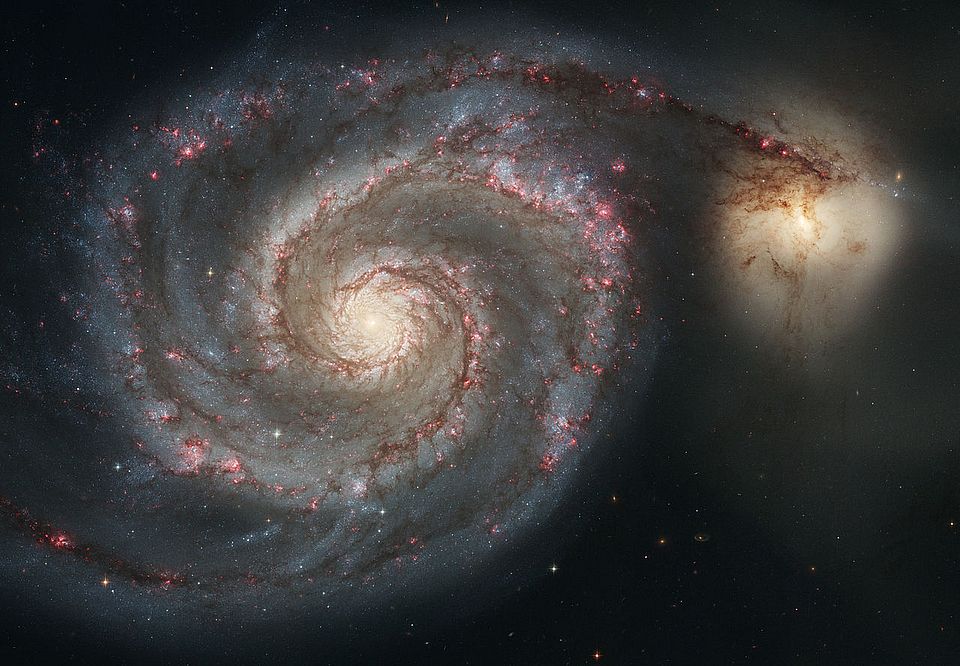 Astronomy is the study of the universe and its laws and contents, its origin and evolution. Astronomy is the oldest science and at the same time, due to modern technologies, it is also one of the most topical and fascinating sciences today.

Continuing a long and rich tradition of observational astronomy at the former Astronomical Institute of the University of Basel, our group is doing basic research in the fields of galactic and extragalactic astronomy. The focus of our research lies in the photometric study of dwarf galaxies in clusters of galaxies and in the nearby field. Dwarf galaxies are small but very important for many fields of astronomy, including cosmology and even particle physics. They are the most simple stellar systems and as such are ideally suited for studies of star formation and galaxy evolution. But the most prominent role played by dwarf galaxies is in the hunt for the elusive “dark matter”, whose existence but unknown nature is regarded as the hardest problem of astrophysics since decades.

Our current project is a search for very faint, hitherto unknown dwarf galaxies in two southern nearby groups of galaxies in the constellations of Sculptor and Centaurus. Previous projects included a search for wide binary stars in the Milky Way. Our student projects cover almost everything, from spherical astronomy to cosmology.